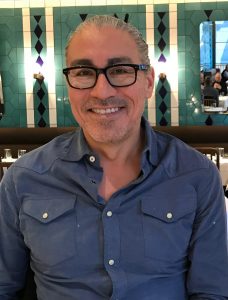 Harlan Pruden (nēhiyo/First Nations Cree Nation), whose mother is from the Beaver Lake Reservation and father from the Whitefish Lake Reservation, both located in northeastern Alberta – Treaty 6 territory, works with and for the Two-Spirit community locally, nationally and internationally. Harlan is honored to live, work and play on the traditional, ancestral and unceded territory of the of the Coast Salish people, specifically, the Sḵwx̱wú7mesh, Tsleil-Waututh and xwməθkwəy̓əm First Nations peoples lands.

Currently, Harlan is an Educator at Chee Mamuk, an Indigenous public health program at BC Centre for Disease Control and is also a co-founder of the Two-Spirit Dry Lab, North America’s first research group/lab that exclusively focuses on Two-Spirit people, communities and/or experiences. Harlan is also the Managing Editor of the TwoSpiritJournal.com and an Advisory Member for the Canadian Institutes of Health Research’s Institute of Gender and Health.

As an active member of the Board of Trustees for the Vancouver Public Library, Harlan serves as the liaison InterLINK board. Within this role, Harlan is currently working on the development of an InterLINK board Reconciliation training. This curriculum takes up the conversation and work of how the members of this governance board understand, embrace and operationalize a lens of reconciliation, so it is in better and good relations with Indigenous peoples and communities.

Before relocating to Vancouver in 2015, Harlan was co-founder and a Director of NYC community based organization, the NorthEast Two-Spirit Society and was a President Obama appointee to the US Presidential Advisory Council on HIV/AIDS (PACHA) and provided advice, information, and recommendations to the Secretary of Health & Human Services and the White House. (In December 2018, Harlan was (happily) fired/dismissed from PACHA by Mr. Trump via Fedex.)

It’s Local Government Awareness Week in BC. If you had your recycling picked up, a pothole fixed, played a game of tennis at your local park or went for a dip in a local pool, thank a local government worker. #LGAW2022

Just in time for your afternoon Twitter scrolling - the May 2022 BCLTA Bulletin is out!!!

We would tell you more about it, but you deserve the satisfaction of clicking through to see it for yourself.

We are super excited and grateful that @Skusgluums will be speaking with us at our June 4th workshop Governance and Relationship Building (https://lnkd.in/g7gnVEVe) and we have ordered a copy of the book for a workshop prize-draw!